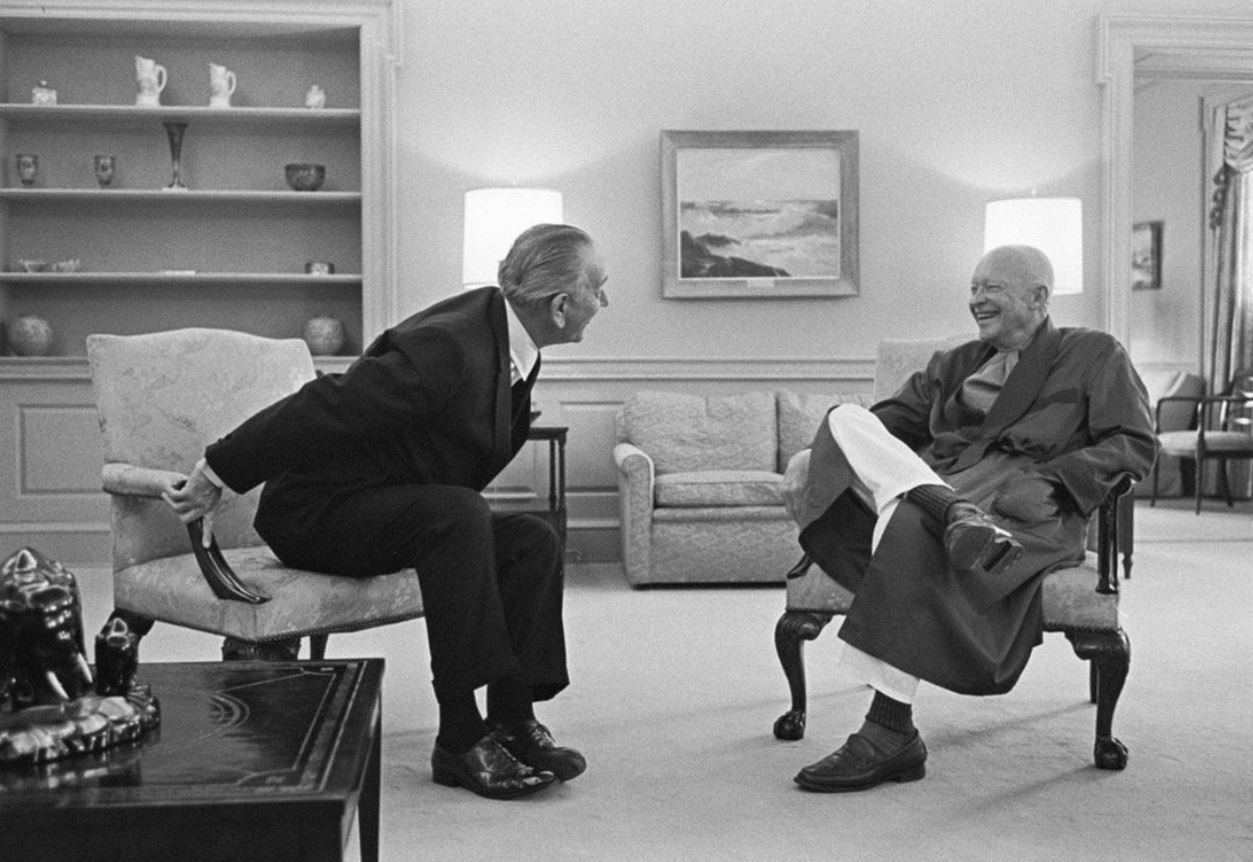 The President's Health And The Stock Market

President Donald Trump's health was front and center on Friday after it was revealed just after midnight that he had tested positive for COVID-19. As a precaution, he was taken to Walter Reed Hospital later that day.

The news caught investors flat-footed, sending the stock market lower by as much as 2% in Friday trades.

This isn't the first time the health of the US President has rattled the stock market, and it certainly won't be the last.

And while it's anyone's guess where the market will go from here, investors can look back on history to help set expectations for a potential path forward, because the human emotion that drove the market lower on Friday is no different from the one that rattled investors decades ago: fear.

On Saturday, September 24, 1955 President Eisenhower suffered a massive heart attack while playing golf in Denver, Colorado. An initial misdiagnosis by his doctor ultimately led to a 6 week hospital stay.

News of Eisenhower's health setback hit the airwaves that Sunday, as Eisenhower was the first President of the United States to set the precedent of being transparent with his health and medical history.

Eisenhower's heart attack led to a swift sell-off of 7% in the stock market that Monday, in what was the worst single day for stocks since the start of World War II.

The sell-off in stocks would continue into October, with a total peak to trough decline of 11%. From there, the market went on to to recover all of its losses by early November and hit new highs just a few months later.

The Assassination of JFK

In those 30 minutes, frantic selling caused stocks to fall 3% in one of the most active trading days in history at the time.

The stock market reopened on Tuesday, and quickly rebounded, jumping 4% and returning nearly 8% over the following two weeks.

Despite the tragic news, a smooth transition of power to Vice President Lyndon B. Johnson helped calm down investors.

The Attempted Assassination of Ronald Reagan

On Monday, March 30, 1981, President Ronald Reagan was shot in the chest in an assassination attempt in Washington, D.C.

News of the shooting slowly made its way to Wall Street, with first reports hitting the wire that shots were fired near the President and a White House staffer was hit. The markets barely budged until a news update revealed 30 minutes later that Reagan had indeed been shot.

Stocks, which were up throughout the day, reversed and sold off 1%. The market closed 45 minutes early that day. Markets recovered from the sell-off on Tuesday and continued to trend higher in the following weeks.

Reagan was released from the hospital less than two weeks after the shooting.

A decline in the health of the President has always been met with selling by investors in the short-term, but those losses tended to dissipate quickly.

The question investors should ask is: how does this news impact the long-term outlook for the businesses I am invested in? Little to no impact has always been the answer, and will likely be the answer this time around as well.

And on top of that, the upcoming November election adds a certain flavor of uncertainty to the mix that could be another source of volatility for stocks, making it more difficult for the market to stage a speedy recovery.

But the silver lining of President Trump's COVID-19 diagnosis could be two-fold:

1. A wake up call to the portion of the country that is not taking this virus seriously, which could lead to increased compliance of CDC guidelines (wear a mask and social distance), which would lead to a quicker and safer reopening of the economy.

2. Increased chances that an additional round of fiscal stimulus will pass Congress before the election.

Following Trump's diagnosis, House Speaker Nancy Pelosi signaled that a deal "will" be done, which would at the bare minimum include aide to the airline industry and another round of direct payments to Americans, according to recent comments from both Pelosi and Treasury Secretary Steve Mnuchin.

President Trump tweeted on Saturday, "OUR GREAT USA WANTS & NEEDS STIMULUS. WORK TOGETHER AND GET IT DONE."

The most important lesson in Economics 101 can be derived from this chart: supply and demand. Assuming no change in supply, a drop in demand directly correlates with a drop in prices, and vice versa.

The list goes on, and the lopsided economic impact of the COVID-19 pandemic illustrates why it's so important for investors to maintain a well diversified portfolio of high quality businesses that will survive, if not thrive, during the pandemic.

At Ithaca Wealth Management, we build customized investment portfolios to help you compound your wealth. Reach out today to learn more, or visit www.ithacawealth.com

Do you know someone you think would benefit from our low-fees, $0 account minimums, and investment management services? We'd love to help! Refer a Friend

‍Thanks for reading, and please reach out with any feedback or questions.