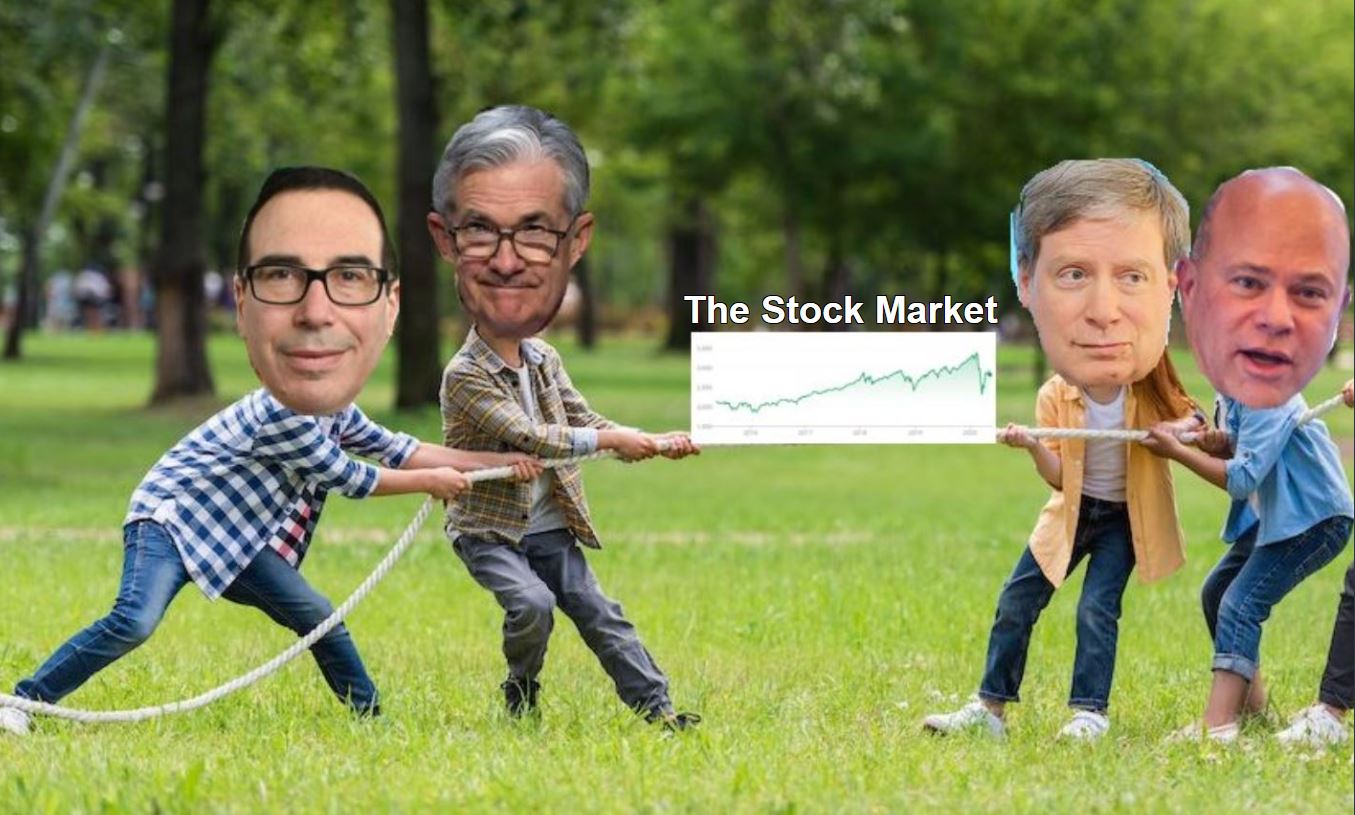 A New Bull Market, or a Bear Market Rally?

There's an internal struggle playing out in the market right now, and the outcome will determine where it goes from here.

On one side, you have the Bulls: led by Fed Chairman Jerome Powell's easy money policies (0% interest rates & asset purchases), and flanked by the fiscal stimulus policies passed by Congress and the Trump Administration. You also have investors who believe one of two things: either a COVID-19 treatment/vaccine is right around the corner, or American consumers will quickly bounce back from the economic shock caused by COVID-19 (or both).

On the other side, you have the Bears: led by concerned billionaire investors like David Tepper and Stanley Druckenmiller. These investors are concerned about high market valuations, a surge in government debt, and the ramifications of nearly 40 million American's losing their jobs in two months. They believe that the recent 35% rally in stocks is nothing but a bear market rally, which will be met with a decline in the market as consumers pare back spending, companies put their investment and hiring plans on hold, and a potential second wave of COVID-19 halts the reopening of the US economy.

No one knows for sure, but I'll take a stab at it: how about both?

The market fluctuates, up and down, and while the Bulls look like they're winning today, that could flip in a single trading session if we see the volatility like we saw in February/March come back into the markets.

This tug of war in stocks is happening at an interesting time.

It's happening right as state economies across the country start to reopen for the summer, with people eager to venture out of their homes and enjoy the outdoors.

It's happening at the end of May, right in time for the old Market adage, "Sell in May and Go Away." This saying comes from the fact that the stock market tends to perform better from Labor Day to Memorial Day than it does from Memorial Day to Labor Day.

It's happening at a time when thousands of sports gamblers who'd usually bet on a baseball or basketball game are instead testing their luck with the stock market, as professional sports leagues remain inactive.

It's happening as investors are dead split on stocks according to CNN's sentiment indicator.

And perhaps most importantly, it's happening at a time when the S&P 500 has rallied to its 200 day moving average, just below the 3000 level.

3000 is a key resistance level, or "line in the sand" for the stock market.

Above 3000, and it becomes more likely that green pastures lie ahead with new all time highs for the market.

But a decisive rejection at 3000 would signal a range bound market that could spend more time than anyone expects bouncing around sideways before the market's eventual next leg up.

Because at the end of the day, what moves markets more than company earnings or complex valuation formulas is human behavior.

Investors tend to expect the worst at the bottom and sell, and expect the best at the top and buy.

At IWM, we take advantage of this opportunity two ways: First, by rebalancing your portfolio allocation to stocks and bonds as they drift away from their respective targets, and second, by keeping you invested throughout market turbulence.

No matter how bad it looks in the market on any given day, week, or month, we will be here to remind you why you're invested in what you're invested in, so you can stick to your long term plan with confidence.

Because if history's any guide, investors have a tough time timing the market.

At Ithaca Wealth Management, we work closely with our clients to help them compound their wealth. We'll ensure that you are invested in a stock/bond portfolio mix that matches your risk tolerance, time horizon, and investment objective, so you can reach your goals. Interested in learning more?
Give us a call at (607) 882-1434.

‍Chart of the Week - Stock Performance by Credit Rating

This chart shows the performance of stocks grouped together by their credit ratings. In the current market sell-off, the stocks that have held up the best are the ones with the strongest balance sheet, and the ones doing the worst are the ones swimming in debt with an uncertain future.

This stresses the importance of actively excluding highly leveraged companies in your portfolio in favor of companies with strong balance sheets, an economic moat around its business, and that are participating in secular growth trends.

IWM Investments in the News

What We’re Watching This Week

It's always important to zoom out and look at the big picture to change your perspective. As bad as it may seem at any given time, it too shall pass, and when it does, prepare yourself for green shoots.

Homebuyer demand has swiftly recovered to pre-virus levels. Whether this spike is temporary or permanent will be interesting to watch, as city dwellers increasingly reevaluate their living options after being stuck in their apartments for 2 months.

The daily number of passengers that went through a TSA checkpoint continues to rebound, breaching more than 300,000 people for the first time since March. Still, there's a long way to go before reaching pre-virus levels.

‍Remember, Correlation Does Not Imply Causation

The past 6 times rapper Lil Yachty released an album, the market subsequently sold off. His next album will be released on Thursday....¯\_(ツ)_/¯