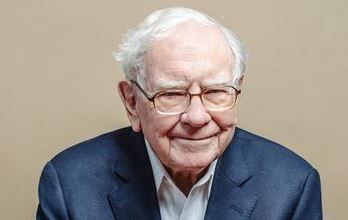 Warren Buffett is often heralded as the greatest investor of all time. And by all means, he probably is, having amassed an $80 billion fortune over several decades.

But what separates Warren Buffett from you isn't skill, luck, or investment acumen. Instead, it's time.

Consider that 95% of Buffett's wealth was built after he turned 65 years old.

Most likely the biggest contributing factor to Warren's success was him learning about compound interest at an early age. Buffett began his investment journey at age 11, when he bought his first stock.

That means Buffett has been enjoying the benefits of compound interest for 79 years (Warren turns 90 on August 30). Compare that to most people who start investing in their mid 20's to early 30's as they enter and progress through the work force.

Warren has enjoyed a 20 year head start on most investors, which makes all the difference.

Becoming Warren Buffett is all about adopting a specific mindset when it comes to investing. First, start investing ASAP. Second, invest in a diversified portfolio, mostly made up of blue chip companies. And third, stay invested, through thick and thin, for the long term.

Bonus steps to accelerate your transformation into a Buffett-like investor include living below your means (Buffett still lives in the same house he bought in 1958) and contributing to your investment accounts on a regular basis.

Sticking to these steps can help one from modest means build considerable wealth over time.

Consider Ronald Read, a World War II veteran who grew up in rural Vermont on a family farm. After the war, Read worked as a mechanic, pumped gas at a gas station, and worked as a janitor at a local JCPenney. When Read passed away in 2014, he left a total of $6 million to a local library and hospital. Read amassed a nearly $8 million fortune through long-term investing in blue chip dividend paying stocks.

And then there was Sylvia Bloom, who made a $6.24 million donation to the Henry Street Settlement and amassed a $9 million fortune by the time she passed at the age of 96 in 2016. Bloom worked as a legal secretary and would quietly buy and hold the same stocks the lawyers she worked for would buy.

There are many documented cases of unassuming people leaving a vast fortune behind upon their death, bewildering even their closest friends and family members. See here, here, and here.

My favorite excerpt from one of the articles above:

"In 1935, Grace Groner bought three $60 shares of specially issued Abbott stock and never sold them. The shares split many times over the next seven decades, Marlatt said, and Groner reinvested the dividends. Long before she died, her initial outlay had become a fortune [of $7 million]."

So to become Warren Buffett, consider investing in a simple, diversified portfolio of today's leading blue chip companies, stay invested, and let that portfolio compound for 79 years...or as long as possible given your personal situation.

Sounds easy? On paper, it is. But it's a lot harder to do now that you can view the price of any stock in your portfolio from the palm of your hands and buy or sell said stock in an instant. That's when fear and greed tends to kick in, two emotions that can be detrimental to an investors long term returns.

As mentioned in a previous note, limit the amount of times you look at your investment portfolio. And if you do like to check up on the price of your portfolio holdings on a regular basis, consider looking at day-old prices in the printed newspaper like Buffett did in his heyday.

Chart(s) of the Week

While stocks have returned an average annualized return of ~8% going back to 1926, the average individual investor has seen a measly return of just 2.5%.

Why is that? One reason could be explained by the following chart.

In short, investors can't seem to hold onto their investments.

The average holding period for an individual stock peaked at 8 years in the 1940's and 50's, and has since fallen to less than 2 years today. A short holding period severely limits the ability of compound interest to build wealth for investors.

Investors may be too easily shaken out of the market whenever there is a bout of volatility/uncertainty.

You can have an edge over a majority of market participants by keeping your emotions at bay during periods of market volatility and staying invested for the long-term.

At Ithaca Wealth Management, our top priority is to keep you invested in the highest quality companies for as long as possible, in a stock/bond allocation that aligns with your risk tolerance and time horizon.

So while things may look rosy now, given that stocks are near all time highs, IWM will be here to remind you why you're invested during the next inevitable market sell-off, whether it's caused by the upcoming presidential election or continued weakness in the economy due to COVID-19.

Do you know someone you think would benefit from our low-fees, $0 account minimums, and investment management services? We'd love to help! Refer a Friend‍

Lumber Soars Along With Demand For Homes

Demand for new homes, coupled with Lumber supply constraints caused by the COVID-19 pandemic, have sent Lumber prices through the rough, nearly tripling in just 4 months.

To Get A Sense Of How Low Interest Rates Are...

This chart of US interest rates goes back to the country's founding.

‍US Jobs Are Slowly Coming Back

Betting against the US consumer has been a losing strategy...Demand is picking up in certain sectors despite the pandemic, which has led to a brisk rehiring of millions of workers over the past several weeks. But there's still a long way to go to get back to levels seen before the pandemic hit.‍

COVID Cases In The US Are On The Decline, But Have A Long Way To Go

New York has continued to do a good job containing the virus since it peaked in April, while southern states are starting to see a decline after a big spike throughout the summer. The big question, is what does this chart look like after kids return to school in a couple weeks?

‍Investors Are Skeptical Of Market Rally, Signalling More Upside Ahead

Despite the strongest 100-day rally in stocks in history, investors aren't buying it. Bearish investor sentiment persists, which has historically been a good time to invest in stocks, as opposed to when euphoria is running high like in 1999/2000.Thanks for reading, and please reach out with any feedback or questions.

Additionally, thank you for your continued patience as Altruist completes its long-awaited transition to APEX. Deposit/withdrawal functions have been restored, and a lot of new features will be rolling out on the platform over the next few weeks. There have been a few software bugs since this week's transition that the team is working to resolve. Rest assured, these growing pains for the Altruist platform will be well worth it!

All the best and enjoy your weekend,